The movie is a passion project for Lister-Jones, who on top of directing also wrote the script, produced and starred in it. But wait there’s more: She also wrote the original songs.
Life in Pieces star Zoe Lister-Jones, Adam Pally and Fred Armisen are starring in Band Aid, a relationship comedy that Lister-Jones just wrapped directing.

The movie is a passion project for Lister-Jones, who on top of helming also wrote the script, produced and starred in it.

Pally and Armisen star alongside Lister-Jones in the story of a couple who, in the wake of a miscarriage, can’t stop fighting, so decide to turn all their fights into songs and form a rock band to save their marriage.

Lister-Jones made it a point to have major departments be run by women. Joining her and producer Natalia Anderson were cinematographer Hillary Spera (Blue Angel), production designer Hillary Gurtler (Not Cool), editor Libby Cuenin (Togetherness) and line producer Kristen Murtha (The Great Silence).

Lister-Jones also spearheaded the movie’s music. She wrote the original songs, which were composed by Kyle Forester. She, Pally, and Armisen recorded the music live during production, with Pally on guitar and Armisen on drums.

Worldwide sales are being co-repped by WME and QC.

Lister-Jones most recently starred in HBO’s Confirmation and is repped by WME, Mosaic and Jackoway Tyerman.

Pally, who co-stars on The Mindy Project, is repped by UTA, 3 Arts and attorney Jon Moonves. 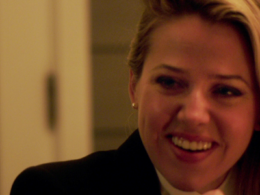