It’s been 14 years since Mr. Feeny dismissed Cory, Topanga, Shawn, and Eric for the last time on Boy Meets World (I’ll wait while your panic attack subsides). On Friday, a new generation of fans will begin their own journey when Girl Meets World, the highly-anticipated sequel featuring Cory and Topanga’s daughter Riley, debuts on the Disney Channel. Which got me thinking: What if some of our other favorite TV couples had children and what if they had their own shows? What would those shows look like and what would our favorite characters be like as adults? Naturally, I had to find out. 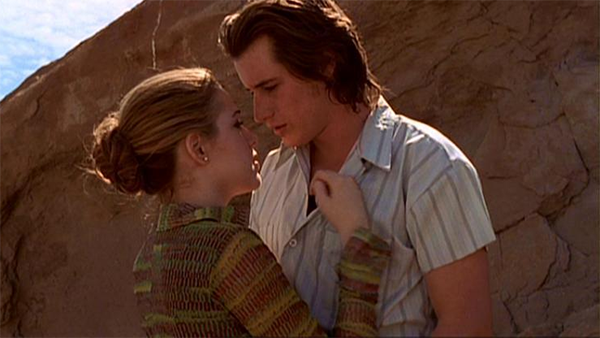 Having already faced more than their fare share of drama as teenagers, Michael and Maria eventually settled into a good rhythm after the gang escaped the dangers of Roswell. Married and living without fear of being discovered in an undisclosed location in the U.S., they now have three alien/human hybrid children named Alex (obviously), Jamie, and Maya. In 285 South, their powers have recently surfaced, and no one knows for sure what they’re capable of, let alone how to teach them control. Like most siblings, they spend a lot of time arguing like their parents, but they have a passion for music, which Maria still dabbles in, and they naturally have to put Tabasco Sauce on most foods. They see Max and Liz and are close with their children, but like most of the world, they have lost touch with Isabel. They see Kyle every once in awhile when they’re up in New York, but they keep mostly to themselves for protection. Of course, young aliens discovering their powers will not be denied and the trio often find themselves in a world of trouble.

“Roswell” Reunion: Which Star Peed His Pants on a Dare?